I think I spoke about Kindle Unlimited in a previous post so I won’t go into all of my negatives on it here as you can read about them in that post.  One good thing I will state about it though is that it does help to introduce you to new authors that you might not have read previously and one of these for me is Tim C. Taylor.  Tim has a bunch of books accessible on Kindle Unlimited and the first that I read was Marine Cadet.

In the not too distant future Earth was approached by an Alien Superpower.  In exchange for Earth’s survival, millions of children were sold into slavery to found the Marine Corps.  These “children” without any knowledge of Earth would change/grow and develop over the centuries to come into an enhanced race of warriors – and while most of their enemies see them as nothing more than cannon fodder with third rate weaponry and training, over time that changes.

Marine Cadet tells the story of a young 17 year old boy – Arun McEwan still in the early stages of his Marine training in strange and hostile universe.  We get introduced to several other aliens in this novel and also get a glimpse of Arun’s possible future as the leader of a human rebellion.  However the pace is somewhat slow – especially in comparison to books 2 & 3 – and it seems to take forever for anything of significance to happen.

While part of that is because we’re being introduced to the characters and the whole underlying story its been done better – Old Man’s War by John Scalzi for example has a similar theme.  However that’s probably my biggest gripe with the book to be honest.  The characters are interesting and you definitely want to see what happens to them in the future. You have your usual mix of characters – bellowing Marine Sergeants, bullying peers etc… – but the aliens are a good addition and Pedro especially is quite likeable.

Arun is different to the other marines and while his hormonal impulses do get annoying for an outsider to read, realizing that he is only 17 years old in the story helps to put them into perspective!  While some of the scenes with him are cringe inducing they somehow do make sense.  The idea of “Culling” while also cringe inducing (but for perhaps different reasons) makes sense in the context of this world and for that matter the way that human castoffs are treated by their overseers tends to reinforce this idea even more. 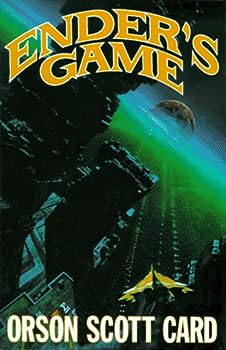 Weaponry and the suits that the Marine’s use, along with their inbuilt AI is not too far off by any means and don’t seem in any way to be magical.  Even the space drives while they don’t get into the specifics are not warp capable as travel between different stars requires the marines to go into a form of hypersleep for the duration of the journey.

There isn’t anything “new” introduced in this book, however Tim does make it work and while at times the pace can be a bit plodding (as mentioned above), the underlying development of Arun and the rest of his comrades does keep you coming back for more.  I think I’ve already alluded to the fact that this book is different to #2 and #3 – the primary difference being the pace so I’m very glad to see that Tim obviously took into account feedback from his readers.

The battles when they do finally arrive are written well and are extremely believable.  While there is some allusion to a game – similar to Ender’s Game and the mock battles played by the boys perhaps? – this is explored only peripherally and could have probably been expanded upon.  We get some insight into why Arun is so important but this book very much serves as a jumping off point for the volumes that follow as the conspiracy is only lightly touched upon here.

By itself I probably wouldn’t recommend this book.  There are others that have the same or similar themes that are written better and have more interesting characters and content.  However taken as a whole – as part of a larger series which this is, yes I’d probably get it.  Especially if you can grab it for free as I did on Kindle Unlimited (well not really free, but you know what I mean).  It’s good enough to get you through to the end and books 2 and 3 are definitely more action packed. I read A similar series called Extinction Wars by Vaughn Heppner. Definitely a theme I enjoy even if it is a bit schlocky.

OK will need to give that one a shot next then. I’ve enjoyed books 2 & 3 in this series … I recently read the Escape to Earth series and that wasn’t written nearly as well. Opening: The first two episodes of Season 2 have shown…